Hiroshima, Miyajima, Kurashiki, Naoshima and other charming towns and islands are situated in Sanyo area along the coastline of the Seto Inland Sea (Seto Naikai).

Hiroshima tells us a powerful story of the tragedy we will never repeat. Miyajima is a sacred beautiful island home to UNESCO world heritage Itsukushima Shrine. Kurashiki is a picturesque town which preserves old town atmosphere along willow-tree canals. Naoshima, a small island in Seto Inland Sea, is gaining popularity due to Benesse Art Site Naoshima by travelers who are into contemporary art. 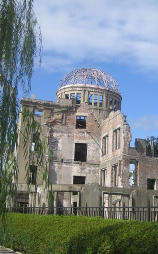 Peace Memorial Park was created in remembrance of the lives lost in the atomic bombing on August 6, 1945, and to pass along the message that this tragedy should never be repeated. There are numerous cenotaphs and monuments in the park with flowers and origami cranes. At the Peace Memorial Museum, you will be able to see films, pictures, belongings of the victims, and testimonies by the survivors.

Across the river from Peace Memorial Park, the symbol of destruction stands right where it was. The formal Industrial Promotion Hall was bombed out at an instant, and the iron frame and some walls were the only remains. Most of the buildings around it were blown away in an instant. The dome was declared as UNESCO's World Heritage site and is a reminder of the tragedy forever.

When you arrive at Miyajima by boat, the divine messengers of God, deers will greet you. Along the approach to the shrine lie many craft shops and famous Momiji Manju (maple shaped-buns with sweet red bean filling) shops. 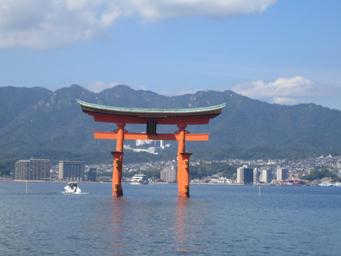 Highlight in Miyajima is Itsukushima Shrine. The structure of the shrine is unique. Seventeen buildings are connected by a 300-metre long corridor.

Torii of Itsukushima Shrine look as if it is floating on the sea at high tide, making it as one of the Japan's three most scenic views. The contrast of red buildings and blue ocean create a majestic beauty.

Mt. Misen, located at 530m, is easily accessible by a ropeway. If the weather is fine, from the top of Mt. Misen, you will enjoy a spectacular view of small islands in the Seto Inland Sea and the city of Hiroshima. As it is a little steep even on the way to the ropeway station, please wear a good pair of sneakers 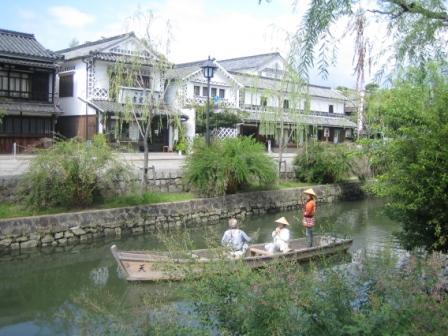 Kurashiki is situated between Osaka and Hiroshima. Kurashiki boasts old buildings preserved in the area particularly famous for the willow-lined canal. The buildings, made of white walls and black tiles, were renovated into art galleries, shops, cafe and ryokans (Japanese traditional hotels). 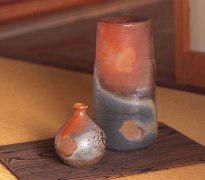 You can visit some Bizen Yaki galleries in Kurashiki. Bizen pottery, famous for earthy reddish brown color, is produced mainly in nearby town called Inbe in Bizen. Bizen Yaki's beauty is achieved not by being glazed nor painted. The pottery is fired with a heat of 1300 degrees Celsius, and the color and gloss are different for each pottery depending on how and where the flame has touched. 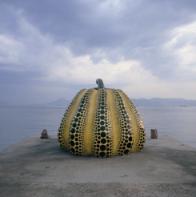 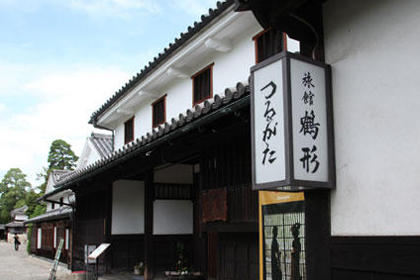 These are a few hotels that we recommend. We can book other ryokans or hotels depending on your travel plan or budget. Please contact us by E-mail (commentsmtj@michitravel.com) or phone (81-3-523-5040).